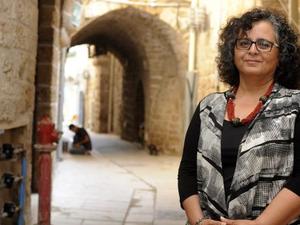 There’s an old folktale told by Palestinians. In 1948, during the shock and panic of the war, a Palestinian mother grabs a pillow thinking it’s her child. She flees and has not yet returned. The child is left behind and stays on the land. “We are the child,” Palestinians from the Galilee, Haifa, Acre, Jaffa, Lydda, the Negev, Nazareth, and Umm al-Fahm, and on and on, proclaim.

For the Palestinians of Israel, the 1947-49 war – the Nakba (Catastrophe) – transformed the community from a national majority into a marginalized minority under the authority of a new Jewish state, which is intrinsically hostile towards them.

The community survived the expulsions that their brethren elsewhere faced (some, indeed, were expelled, but still remained within the borders of what became Israel in 1949; and were labelled “present absentees”), but were subject to martial law until 1966. Although still present on the land, their actual right to the land was gradually reduced through a series of measures enacted by the Israeli state to revoke Arab land ownership and curtail Arab development in the interest of Jewish aggrandizement. Violence was never too far, either. The Kafr Qassem massacre of 29 October 1956, when Israeli officers opened fire on Palestinian agricultural workers returning home from their fields and killed 48 men, woman and children (23 were between 8 and 17), demonstrated the state’s violent hostility and the empty promise of citizenship for Arabs in Israel. The official pretext was that the residents were violating the evening curfew, of which the Palestinians had no prior knowledge. Israeli officers opened fire after stopping Palestinians on trucks and wagons and checking their IDs. Due to public outcry, 11 of the officers were charged with murder and 8 convicted; but after appeals and a presidential commutation, not one Israeli officer served more than a year in prison and the two commanding officers were subsequently promoted. The Kafr Qassem massacre is widely commemorated among Palestinians inside Israel, but absent from any curriculum for Israeli Jewish students.

For many years, the community was overwhelmed by a sense of foreboding: the fear that Israel would also force them into refugee camps was strongly felt in the early years after the Nakba, and, albeit less palpable, still a concern among Palestinian citizens today. There’s an oft-told story reflective of the post-Nakba years about Palestinian villagers, warned of impending doom, hoisting a banner cheering “Long Live Ben-Gurion” so as to appear as loyal subjects of the Israeli prime minister. This sense of fear was augmented by the isolation, and even derision, the community faced in the wider Arab world. Many Arabs assumed that the Palestinians who remained in Israel were simply hobnobbing with the enemy. It would take the poetry of, inter alia, Mahmoud Darwish, Taha Muhammad Ali, Samih al-Qasim (all part of the “’48 Palestinians”) and the 1967 war that brought Palestinians in the West Bank, Gaza, and Israel under common rule to shatter this image.

Today, the Palestinian citizens of Israel are more confident in their confrontations with the Israeli state and, rather than being seen as insufficient in their patriotism, the community is increasingly held up as an exemplary model for a revived, accountable and representative Palestinian leadership. These two realities are best demonstrated in the new political alliance of Arab parties in Israel.

Earlier this year, the hitherto fractured Arab political establishment closed ranks under the leadership of Ayman Odeh and a common electoral list called the Joint List. The Knesset’s new electoral law played no small part in that effort. Spearheaded by the ultra-nationalist MK Avigdor Lieberman, the said law raised the threshold for seats in the Knesset. Since the Arab parties polled at the lower end, they’d likely be booted out of the Knesset. The law, which underlines the increasing antipathy toward Palestinians in Israel and official acts intended to further undermine their rights, led the four Arab parties to unite. After the March election, the Joint List became the third largest party in the Knesset and it was Mr. Lieberman’s party that nearly failed to meet its own threshold.

The interests of the Palestinian community in Israel are no longer incidental to any final resolution between Israel and the Palestinians. And there is a lot at stake for the community if a two-state solution arises, which might lead Israel to further emphasis its Jewish character and undermine the rights of Arabs citizens by pointing to a Palestinian state next door where they can practice any rights denied in Israel. Moreover, Israel’s insistence that Palestinian negotiators recognize the nation as a “Jewish state” is opposed by Palestinian citizens, who see their own negation in the declaration. Inside of Israel, the community aspires to end the occupation by building alliances with Israelis and upholding the promise of Israel’s Declaration of Independence: to treat all citizens equally.

In our December Special Focus – Palestinian Citizens of Israel, we are highlighting a series of articles from our Journal of Palestine Studies archives on the Arabs in Israel whom are increasingly central to the Palestinian struggle for self-determination, unity, and national dignity.

The Two-State Model and Israeli Constitutionalism: Impact on the Palestinian Citizens of Israel

Why the Jewish State Now?

The Palestinians in Israel and Operation Cast Lead: A View from Haifa

Sixty years after the UN Partition Resolution: What Future for the Arab Economy in Israel?

Azmi Bishara, the Right of Resistance, and the Palestinian Ordeal

The Political Coming-of-Age of the "National Minority"