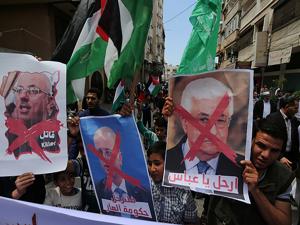 The news of Hamas’ decision to dissolve its administrative committee in the Gaza Strip, which it established in March, 2017, has once again reignited Palestinian hopes about the prospect of reconciliation between the Islamic movement and the Palestinian Authority in the West Bank. According to Hamas, the seven-member committee was established to fulfill needs in the Gaza Strip that were not met by the Palestinian Authority’s unity government as led by Prime Minister Rami Hamdallah. However, the Palestinian Authority long maintained that Hamas’ committee constitutes a parallel government that has entrenched the rift between the Gaza Strip and the West Bank. A result of talks mediated by Egypt between the rival political factions, the decision to disband the committee comes only four months after Hamas released a new set of principles guiding the movement, which some observers described as a turning point in the movement’s political identity.

The rapid pace of these developments necessitates a look at the history of Hamas as it attempts to forge a way forward out of the myriad crises it currently faces.

Too often, Hamas is heralded by many Palestinians as a turning point in the history of their struggle against Israeli occupation. Ever since its formal founding in 1987, the Islamic Resistance Movement has wielded a considerable influence on Palestinian polity and its regional counterparts. Characterized by unyielding commitment to the movement’s founding principles, as laid out in its 1988 Charter, Hamas emerged on the heels of the First Intifada with the goal of liberating Palestine, which they regard as an “Islamic Trust,” from foreign occupiers. While Hamas traces its roots back to the turn of the twentieth century and the Muslim Brotherhood, its founding marked the beginning of an independent journey that later culminated in gaining its own political, social, and economic status as an armed resistance movement.

Since then, Hamas has maintained an ambiguous relationship with regimes and other Islamic organizations around the Middle East. On the one hand, it sought political cover, while on the other it maintained a neutrality vis-à-vis the agenda of the very same regimes who provided such cover. The goal for Hamas was simple: to insulate itself from becoming trapped in domestic and regional political entanglements that would threaten its popular legitimacy at home and abroad.

That was then. Today, Hamas finds itself on a fundamentally different course marked by increased political entanglement. Especially so since its participation in and subsequent democratic victory of the Palestinian legislative election in 2006, as well as its seizure of power in the Gaza Strip a year later as both domestic and foreign powers imposed sanctions on the newly elected government.

In the years that followed, the blockade imposed on Gaza by Israel, Egypt, and the Palestinian Authority significantly diminished Hamas’ ability to manage Gaza’s woos, and so did its popularity among a largely disillusioned populace in the Gaza Strip. Confronted by the aftermath of three Israeli offensives, a host of subsequent humanitarian crises, and an increasingly dire financial situation, Hamas today stands at crossroads as it attempts to navigate its future.

While speculation about the fate of the movement and its role in Palestinian politics has reached unprecedented levels, it remains unclear how exactly will Hamas address the brewing crises at its doorstep. Whether the goal is to retain its political power or a return to its insulated resistance mode, the nature of the road ahead depends on how Hamas defines itself in light of largely different geopolitical realities from those that defined its inception in the late 1980s.

These questions, among others, are discussed at length in eight Journal of Palestine Studies articles as part of this month’s Special Focus. Together, these articles map the history and evolution of Hamas, along with those critical junctures that molded its role in Palestinian resistance and politics.

Between Hamas and the PA: An Interview with Islamic Jihad’s Khalid al-Batsh
Mouin Rabbani
Journal of Palestine Studies, Vol. 42 No. 2 (Winter 2013), pp. 61-70

The Making of a Palestinian Islamist Leader: An Interview with Khalid Mishal: PART I
Mouin Rabbani
Journal of Palestine Studies, Vol. 37 No. 3 (Spring 2008), pp. 59-73