Faris: The Failure of the Two-State Solution: The Prospects of One State in the Israel-Palestinian Conflict

No. 4
P. 71
Recent Books
Faris: The Failure of the Two-State Solution: The Prospects of One State in the Israel-Palestinian Conflict
Reviewed by Ian S. Lustick
Printer-friendly versionSend by email

The Failure of the Two-State Solution: The Prospects of One State in the Israel-Palestinian Conflict, Hani Faris, ed. London: I.B. Tauris, 2013. 400 pages. $109 hardcover. 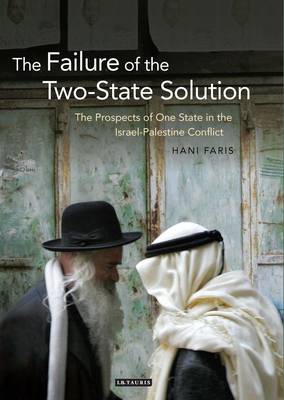 These two operations (for Israel) or wars (for Hamas and the inhabitants of Gaza) are fundamentally similar, even if the kill ratios are significantly different: 100 to 1 in 2008–09; approximately 28 (majority civilians) to 1 (majority soldiers)

in 2014. Each is an expression of the now standardized Israeli policy of finding occasions for “mowing the lawn”—i.e., degrading the armed capacities of Palestinian or Lebanese enemies while both stoking and satisfying Israeli public opinion with reminders of how good it feels to be united against enemies and how much pain Israel can inflict upon them.

Most important for the purpose of this volume is that this cycle of failed peace initiatives, political vacuum, high casualty war, etc., supports its fundamental assumption—that if there is a path to justice, stability, or peace in Israel/Palestine it is not via negotiations to achieve partition. The specific impetus for the book was a series of international conferences on the “one-state vs. two-state solution.” These meetings had both established the basis for moving the one-state project forward and exhausted themselves as the best way to do so. Taking as its jumping-off point rejection of the “two-state solution” (mostly as unavailable, but also as undesirable), this volume helps break new ground. A rewardingly large proportion of the chapters tackle tough questions about how progress toward one-state visions can be made even when the world of states, diplomats, and politicians seems closed against it.

Considerable attention is devoted to obstacles in the way of developing a one-state framework for Jews and Arabs in the Middle East. Zomlot, Hijab, and Karmi stress the absence of a united and effective Palestinian leadership. Insofar as it is taken at all seriously, the Palestinian Authority (PA) is treated as an obstacle to the achievement of Palestinian interests and the PLO as “defunct” (Karmi). Previous efforts along one-state lines are faulted for ignoring the need to take Israeli and Jewish requirements into account (Faris, Farsakh, Karmi). Abu Sitta’s analysis of how refugees from Jabaliya refugee camp could be returned to their homes in the largely empty areas around Gaza explicitly seeks to accommodate the requirements of Jewish Israelis and the communities they have built. Ghanem’s insistence on binationalist consociationalism and Bisharat’semphasis on a civic state of “Palestine” that is neither Arab nor Jewish are also efforts to tailor the one-state idea (often casually imagined as a single Arab state) to the reality of a very large and established Jewish population in the country. Ironically, one prominent line of argument about the difficulty of building a one-state solution also helps establish its possibility, viz. that a one-state outcome (albeit a nondemocratic one), Israel’s domination of all of Palestine, is already in place (Abunimah, Makdisi, Tilley).

Although no contributor believes there is a clear path to the realization of a stable one-state solution, each suggests or explicitly argues for a long-term approach to the achievement of that end. Bisharat thinks in terms of a 50–60-year time frame. Karmi, citing the length of the South African struggle, thinks in terms of centuries. In other words, the authors engage in strategy, not tactics. Some recommend priorities to move the struggle beyond conferences celebrating the justice and potential of one-state frameworks or debunking two-state solution arguments. Others assess resources or identify the mobilizational potential of different groups and constituencies.

Strategically, several of the authors urge one-staters to engage in what Antonio Gramsci called a “war of position” by deconstructing inaccurate but still prevalent beliefs about the past and reshaping the questions asked about the conflict and the answers available for responding to them. Murray suggests that the Palestine question could become the moral problem of the epoch, akin to the status of South Africa for earlier generations, by systematically framing the plight of Palestinians using liberal, democratic, and human rights principles honored by Americans and Europeans. Pieterberg applies this advice differently, by showing that the most effective and enlightening frame for understanding Zionism and Israel’s relations with Palestinians is not national liberation, but settler colonialism. Farsakh’s chapter describes the requirements, not to get one state, but to build the organizational, rhetorical, and theoretical equipment necessary for a successful struggle to do so. That means organizing new political arenas, fostering conversations that reduce the centrality of Palestinian statehood and independence per se toward a reframing of attention on refugees and return, placing systematic emphasis on principles of equal citizenship and rejection of apartheid, validation of the Arab identity of many Jews, and considering explicitly the differences between a binational vs. a single democratic state. As a concrete example of how to fight the war of position, Karmi hails efforts to open a UN General Assembly discussion on a one-state resolution.

The single most common argument is that mobilization of and within the international community is absolutely crucial (Zomlot, Abunimah, Akram, Tilley, Bisharat) and that the BDS movement offers an exciting and promising example of how this can be done (Murray, Pappé, Hijab, Karmi).

There is one significant weakness in the volume, but it reflects the exceedingly difficult challenge that several of the contributors highlight—that of devising a political formula capable of satisfying the real requirements of millions of Israeli Jews with distinctive and authentic national attachments to one another, the Land of Israel, and the Jewish people as a whole. As noted, the chapters of Ghanem, Bisharat, Abu Sitta, and Farsakh are of interest in this regard, but those specifically focused on Jews—by Kovel, Mezvinsky, Ellis, and Lavie—fail to engage with this crucial question.

Ian S. Lustick is a professor of political science at the University of Pennsylvania and the author of Unsettled States, Disputed Lands: Britain and Ireland, France and Algeria, Israel and the West Bank-Gaza and Trapped in the War on Terror.