A Fundraising Dinner in Support of the Institute for Palestine Studies 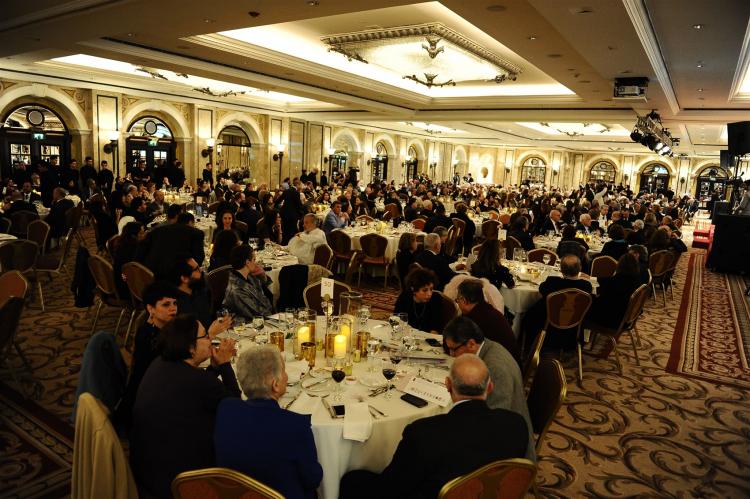 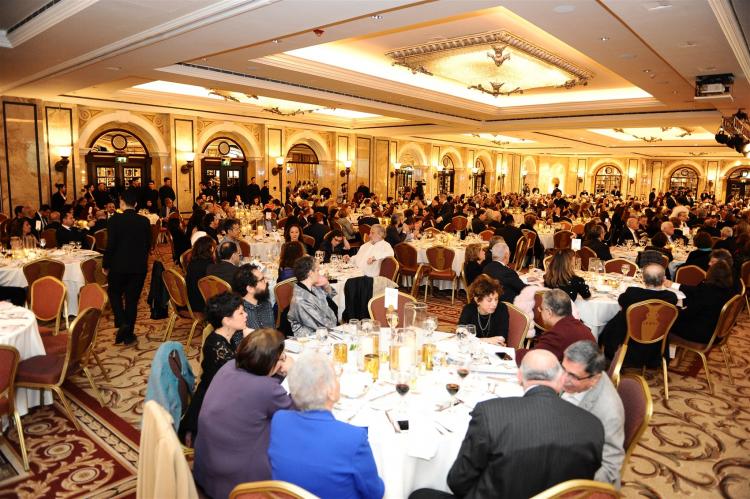 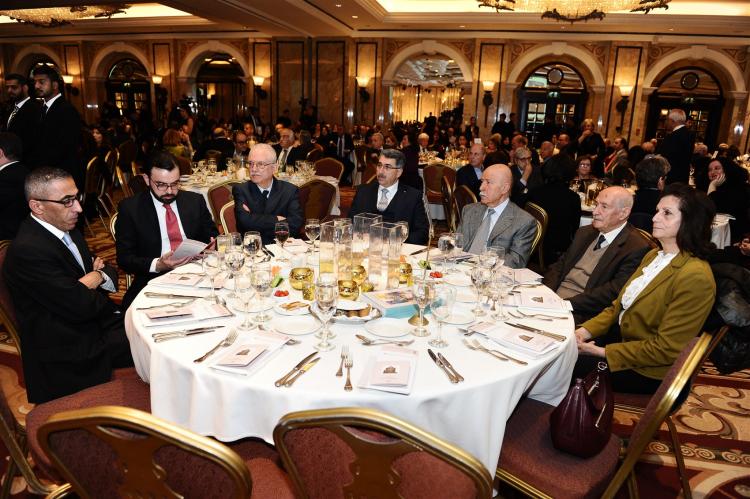 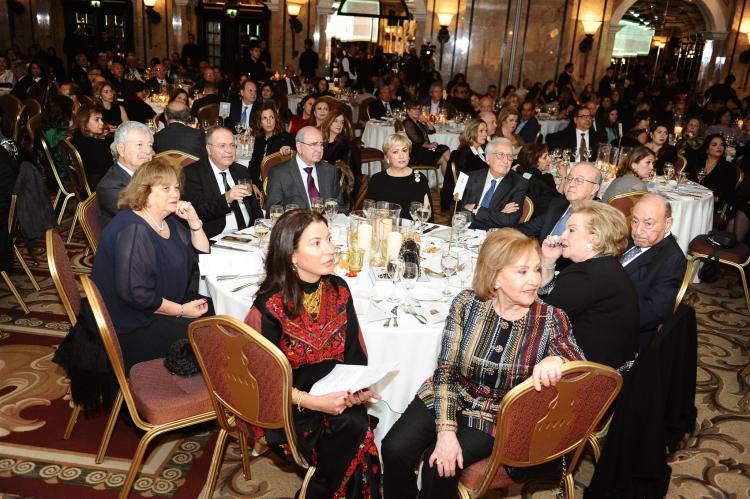 IPS Chairman of the Board of Trustees, Dr. Tarek Mitri, welcomed the attendees and expressed his gratitude for the artists who donated their work to support IPS.   He also thanked Dar El-Nimer for Arts and Culture for hosting the month long silent auction alongside the special Art Exhibit and for providing paintings and other artistic works that were part of the Gala event.

The evening featured several segments hosted by theater actress Raeda Taha, performances by world-renowned soprano artist, Mariam Tamari, and distinguished singer Abdul Karim El Shaar, as well as speeches by members of the Board of Trustees including Lakhdar Brahimi.

Dr. Mitri, Brahimi, and IPS General Director Khaled Farraj dedicated medals of recognition to Hasib Sabbagh and Said Khoury, both of whom supported IPS since its inception and had served as Chairs of the Board of Trustees. Receiving the medal on behalf of his late father, Suhail Sabbagh pledged to provide a lifelong financial contribution to IPS.

Dr. Mitri recognized the challenges facing the Palestinian cause, and their impact on the Institute’s resources, noting a lack of Arab official enthusiasm toward Palestine.

However, Farraj said that the gala’s success goes beyond fundraising. “The gala also succeeded in providing a great moral boost to our supporters in Lebanon and in the Arab World. It reassured our supporters about the significance of the work done by IPS,” he said.

The Institute of Palestine Studies and the A.M. Qattan Foundation invite you to attend the book launch: Incarcerated Childhood and the Politics of Unchilding - Nadera Shalhoub-Kevorkian , on Saturday 25 of January 2020 at the Foundation’s Building in Al-Tira, Ramallah, at 5:30pm. Chairs the event:... END_OF_DOCUMENT_TOKEN_TO_BE_REPLACED