Full Report: Israeli Practices towards the Palestinian People and the Question of Apartheid 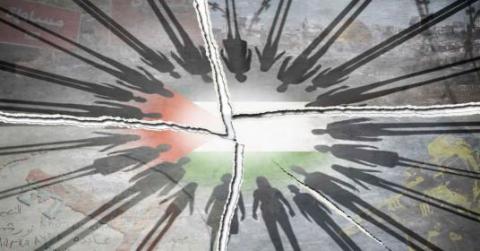 On March 15, 2017, the United Nations’ Economic and Social Commission for Western Asia (ESCWA) released a report entitled “Israeli Practices towards the Palestinian People and the Question of Apartheid.” Only two days later, the Under-Secretary General of the agency, Rima Khalaf, resigned rather than withdraw the report as she had been ordered to do by the newly inaugurated UN Secretary General, Antonio Guterres. Indeed, the report, which concluded that “Israel has established an apartheid regime that dominates the Palestinian people as a whole,” triggered a campaign by Israel and its allies, especially the United States, to discredit the report.

This apparently was not the first time Guterres bowed to intense lobbying. Khalaf noted her resignation letter that “in the space of two months you [Guterres] have instructed me to withdraw two reports produced by ESCWA… due to the political pressure by member states who gravely violate the rights of the people of the region,” and that she stood by the findings of the report.

Khalaf insisted that the report found “overwhelming” evidence of apartheid as stipulated in the Rome Statute of the International Criminal Court, which defines the crime of apartheid as “inhumane acts… committed in the context of an institutionalized regime of systematic oppression and domination by one racial group over any other racial group or groups and committed with the intention of maintaining that regime.”

The Report, authored by Prof. Virginia Tilly and Prof. Richard Falk, the UN’s former Special Rapporteur on human rights in Palestine, examines the body of laws governing Israel and the purposes they serve, chief among which, according to the report, is retaining the dominance of the “Jewish State” over Palestinians.The report finds that land policy, property laws, and demographic regulations, among others, reveal Israel’s intent is to ensure this dominance, which illustrates “beyond a reasonable doubt the proposition that Israel is guilty of imposing an apartheid regime on the Palestinian people, which amounts to the commission of a crime against humanity.”

This is not the first report on Palestine commissioned by the UN or one of its agencies to suffer such a fate. Previously, Richard Goldstone, former judge of the Constitutional Court of South Africa, chaired a UN fact-finding mission on the Israeli offensive against Gaza known as Cast Lead. Following the publication of the mission’s report by four legal experts in September 2009, Goldstone backtracked on some findings that were critical of Israel as a result of a campaign designed to discredit the report. The three other authors criticized Goldstone’s retractions and stood by the report’s findings. They are Professor Christine Chinkin, Professor of International Law at the London School of Economics and Political Science, Ms. Hina Jilani, Advocate of the Supreme Court of Pakistan; and Colonel Desmond Travers, a former Officer in Ireland’s Defence Forces.

Though the ESCWA report is not binding on any country, Khalaf’s resignation is a reminder of the frequent perils in the pursuit of international legal accountability for the actions of Israel against the Palestinian people. The report has been censored by the UN and removed from all its websites. The full report is available HERE.