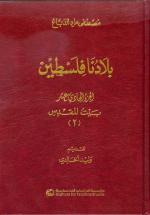 This book constitutes the second edition of volume 11 of the book: “Palestine: our Homeland”, whose first edition was issued in Beirut by Dar Al Taliaa publishing house in 1965. This part focuses on the history and geography of Beit al-Maqdis.