Palestine in the Cinema (2): Memory and Identity 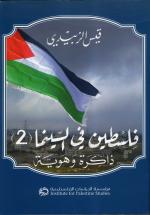 Palestine in the Cinema (2): Memory and Identity

This new book, meticulously documented by Qais Al-Zubaidi, declares the “universality of the Palestinian question today”, and the rush of a new Palestinian generation towards producing documentary films, mostly short, or semi-long, ranging in duration from few minutes to one hour while attracting various talents. This “universality” is demonstrated by the works of multi-national directors: Italy, Germany, Lebanon, Iraq, Israel, France, Denmark, Switzerland, Palestine, Poland, USA, Spain, Norway…and by a Palestine represented by its famous cities (Nablus, Ramallah, Gaza), and also by “Jerusalem in Colors”.

If daily life is a repository of “artistic” forms, then the daily life of Palestinians is a repository of forms of repression, defiance, agony and steadfastness. As if Palestinians have a different type of life grasped by the camera before it settles into a poem and sought by film-makers before it is dealt with by novelists, historians and short story writers. As if Qais is asking, while pursuing the “encyclopedia of Palestinian sorrow”, how does the life of trapped Palestinians inside their own country and outside it looks like? What is the meaning of art if it is not a weapon of truth? What can cinematic art provide for a people long deprived from stability and long-range dreams?

Qays AL-ZUBAYDI studied photography and montage in Germany then worked as director, cameraman, and scenario writer. He directed a number of documentary and narrative films about Palestine, some of which won Arab and international awards.