Between Jaffa and Mount Hebron: The Diary of Mohammad Abd al-Hadi al-Shorof (1943-1962) 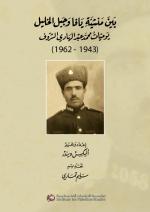 Between Jaffa and Mount Hebron: The Diary of Mohammad Abd al-Hadi al-Shorof (1943-1962)

The “Chronicles of Al Shurouf” belong to a biographical series published by the Institute for Palestine Studies pertaining to the social history of Palestine, and is currently known as “subaltern studies”, i.e. the alternative perspective of the elites’ writings. The primary objective of these chronicles is to observe the social life of writers from lower-classes with distinct cognitive and professional backgrounds. The series previously included chronicles for each of: Khalil Sakakini (educator), Wassif Jawhariyeh (musician), Najati Sudki (writer and struggler) and Ehsan Al Tarjaman (Ottoman soldier).

The memoirs of Mohammad Abdul Hadi Al Shurouf discuss his life in four stages: his work as a police officer in Manshiyat Jaffa, the old village and Yazour town throughout the last decade of the British mandate; 1948 war with the beginning of clashes in Jaffa and Mount Hebron between Zionist militias and Arab resistance following the partition plan of Palestine; his return to his village Nuba where he became immersed in reconstructing the remains of his land after Israel confiscated the great majority of the so-called “frontier villages” (Kharas, Nuba, Bait Oula) in Hebron; and finally his transfer following the Nakba to the over weary work in phosphate mines in Jordan as did tens of thousands of Palestinians.

ALEX WINDER is a Ph.D. candidate in History and Middle Eastern and Islamic Studies at New York University. He is associate editor at Jerusalem Quarterly.

Salim TAMARI is IPS senior fellow and the former director of the IPS-affiliated Institute of Jerusalem Studies. He is editor of Jerusalem Quarterly and Hawliyyat al Quds.

He is professor of sociology at Birzeit University and an adjunct professor at the Center for Contemporary Arab Studies at Georgetown University. He has authored several works on urban culture, political sociology, biography and social history, and the social history of the Eastern Mediterranean. Recent publications include: Year of the Locust: Palestine and Syria during WWI (UC Press, 2010) Ihsan's War: The Intimate Life of an Ottoman Soldier (IPS, Beirut, 2008); The Mountain Against the Sea (University of California Press, 2008); Biography and Social History of Bilad al Sham (edited with I. Nassar,2007, Beirut IPS); Pilgrims, Lepers, and Stuffed Cabbage: Essays on Jerusalem's Cultural History (edited, with I. Nassar, IJS, 2005) and Essays on the Cultural History of Ottoman and Mandate Jerusalem (editor, IJS, 2005).